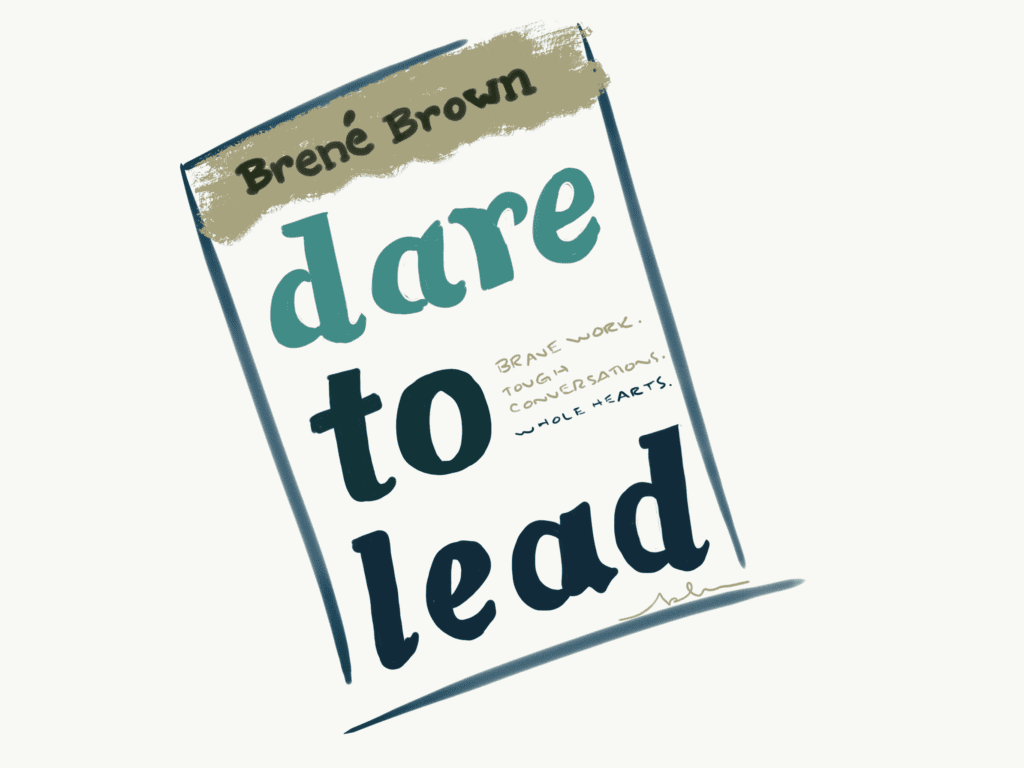 Recently in an Insta story I mentioned I was reading the book “Dare to Lead” by Brene Brown, and said it was “hard but good”.

I had several messages almost instantly from a variety of people asking,

Why is it hard?

Whenever that happens it’s an indicator to me that I’ve hit on something that people are curious about. An opportunity for learning – for me and for them. So of course it goes into the Notes!

Here’s what it means:

It challenges me in areas I’m weak.

A good-but-hard book points out some areas in which you need to grow. In my experience, the reason it’s good is you’ve already been mulling these over in some way, and your mind (and heart) have begun to open up to the possibilities. And the hard part is when you read it and think, “Oh. That inkling I had is more than just a little niggle – it’s for real, and it’s significant, and the consequences are serious either way. It could go very, very badly if I carry on with that path over there; and it can go incredibly well if I turn even slightly and go that direction or with that attitude or approach.”

The word “humbled” or “humbling” is used so often in business (usually related to winning awards) that it begins to lose some of its power. It is a good word: but I try to be very careful with how and when I use it, because it’s not for flippant use. It’s not for when you are honoured or surprised – it’s for when you’ve been challenged and in a sense put in your place. You’ve realised your place in the grand scheme of things, and you’ve been radically honest with yourself about some things.

Humility isn’t thinking badly of yourself. It’s not putting yourself down. This book is humbling: but that doesn’t mean it makes me think I’m a terrible leader or point out all the areas I have to fix. It points out what I’m doing well, and where I can do better, and I have the opportunity to compare the two and be real.

In the book, Brene tells a story of someone who comes up to her and says he is “excited” to practice vulnerability. She gets an instant “uh oh” in her spirit, and says if you feel like that, you likely don’t understand what’s involved.

But when someone says, I get it and I want to do this because I see what you’re saying and I need it and the world needs it, that’s when they’re in.

That’s how I feel about what’s in this book.

I’ve only recently (say, in the past year or two) come to realise my position as a ‘leader’ – in my own business, in the arena of our target audience (the accounting industry), and in the business world at large.

That realisation – for me anyway – was not an exciting, fired-up feeling. I wasn’t like “woohoo I’m a LEADER check me out!” It included (and still includes) some fear, some concern and curiosity, and a realisation of the massive responsibility this is. And some feelings of joy and enthusiasm, too. (Probably how people feel upon becoming a parent, I would imagine! You tell me, if you are one!)

As I talked to people about it, we wondered if it was an age thing – if someone in their 20s might read this and be thinking WOOHOO LETS LEAD WELL, whereas someone in their 40s or 50s is thinking something more like, Ok. I’ve seen what can happen when someone or when I myself get this wrong. It’s dangerous and can even be destructive. I’ve hurt people. I’ve hurt myself. So I’m so grateful for this topic but I must approach it seriously or else I’m being rather flippant, rather arrogant really.

But it’s not age. It’s mindset. Granted when I was in my 20s I would have been more WOOHOO and less measured. But I know older people who still have a sort of flippant-woohoo attitude, and younger ones who are willing to sit carefully and deeply with these topics, and give them the full attention and seriousness they deserve.

The more I’m invested in the lives of my team members, and our clients, the more amazed and honoured I am by their trust in me personally, and in this company. This is real stuff.

People aren’t just off for a morning, they’re getting a medical test that will tell them serious things about their health and future life.

Someone isn’t simply accepting a job offer, they’re re-evaluating their life and finances and what they love, and are trusting this company will help contribute to all those things being better.

An accountant isn’t just signing up for a course we run, or a workshop – they’re sharing  fears and concerns and past failures, and trusting us to help them triumph over these this time. To see results, to be inspired, to have a better firm because they’ve connected with us in this way.

This is why good leadership involves daring. Courage. Bravery.

Because it’s not just woohoo great topics LET’S DO THIS… it’s … *deep breath* let’s do this.

That’s what makes it good, and hard, at the same time.

I send these tips and sketchnotes out every Saturday! Sign up to get them here.