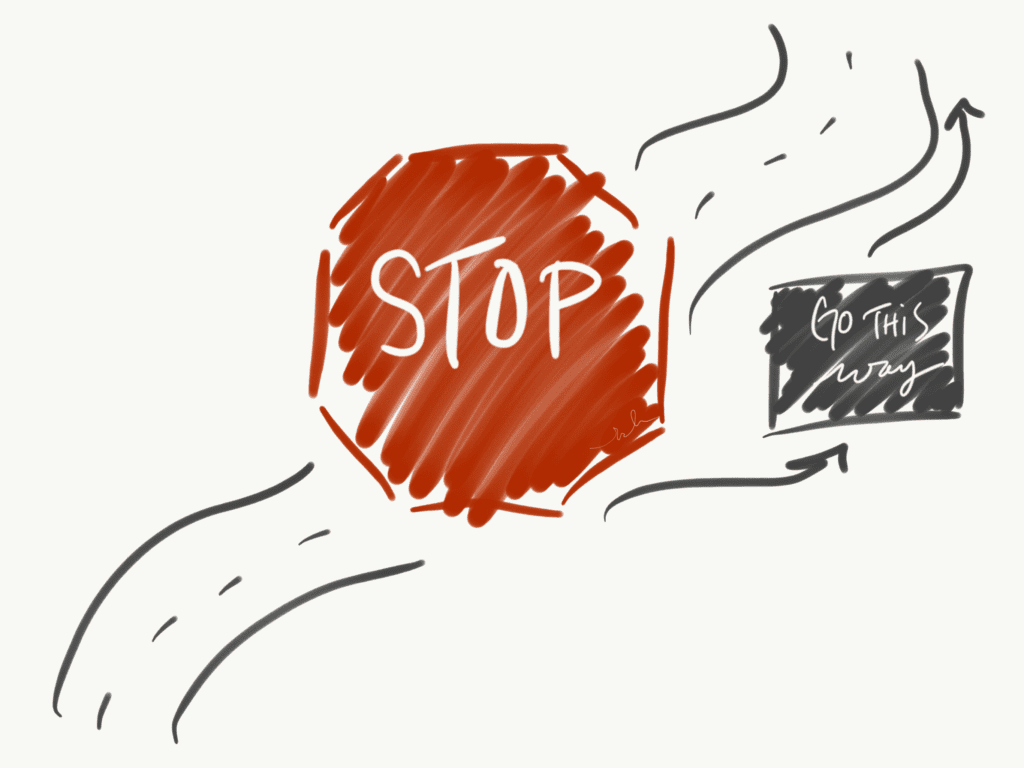 On Monday, for the first time in 28 weeks, i stepped on the scale and had a gain of 1.4 pounds…and absolutely no idea why.

I have only gained twice in that time period, and both times I had specific reasons that helped it make sense, and both were under 0.6 pounds each time.

But this time…nothing I could think of.

I didn’t go over my calories (i actually went under them a few times).

I didn’t cut out exercising (I walked a little extra actually).

It was out of pattern.

It took me most of Monday mulling it over to realise: I’m just in a new pattern now.

I’ve lost 40 pounds since the 1st of April, and my body isn’t the same (and all for the better!) since that day.

So it’s not going to follow the same patterns.

Not for the whole journey, anyway.

The things that have been working are still working (I cut out all sugar, count calories, and walk every day still). But there are things that don’t work so well.

So on Tuesday, I decided i needed to reset expectations and accept i was moving into a new phase.

I decided to pay less attention to how the weight fluctuates…but in order to do so I made a few tweaks to the process and weighed myself every day for a week. I cut out all sweeteners, and stopped eating after 8pm – essentially introducing intermittent fasting. I paid more attention to what KIND of calories i was eating, not just the numbers. (Those of you who are accountants will appreciate that methodology. Sales alone isn’t enough: you need a good profit margin too. Ha!)

And the numbers went right back down. I actually ended up losing the 1.4 i had gained as well as losing another 1.8 pounds. (At least as of Friday morning.)

I thought about how we move into different phases in lots of areas. Health is one – but also in our mental health. Emotional health. Spiritually. In our business or in our family.

And the things that used to work suddenly stop working, and we panic.

But we haven’t failed. And we’re still doing good. And good results are still coming.

You just have to make a few tweaks, is all.

So that’s what i did this week.

I admit after i worked it through I got a little annoyed that my discouragement with the gain on Monday took away some of my NSV’s (Non Scale Victories) which I’d experienced the week before. Clothes that would never fit before now did. Clothes that fit were so big i had to get rid of them and buy new ones. Energy to do so many things, so much more than I ever could have done earlier in the year.

It’s happening in the business as well. We’ve changed a lot of small things and we’ve addressed some big things and we’ve gotten much closer as a team. We’ve had to make some very hard decisions and we’ve backed each other up in some tough situations. We’ve looked at how we take on new clients and we’ve changed the way we do that, to make sure that both they and we are 100% in (and we’re not just taking clients because they want to work with us). We’ve done a lot more small focused events rather than big massive exhibitions. We’ve partnered with some very cool companies. We’ve gone hard core focusing on our values (because values are everything), and we’ve changed our hiring process to make sure the values rule the entire process.

We’re in a new phase there, too. And what worked great before has to be tweaked a bit. (And some of it involves even bigger changes.)

So whatever area of your life you have where everything was going great, and you were ticking along, and all was well, and now suddenly something has happened which got you discouraged and confused…

…is it possible you’re just moving into a new phase? That what used to work doesn’t work quite the same, and it’s time to rethink it a little?

It’s okay if you have no idea what the tweaks or changes are. The first step is to be honest about the thing that’s about to change.

And that is the precursor to some very, very exciting stuff to come.